A short history of the Salon - Saint-Just Humour

A short history of the Salon

It all started about 40 years ago with a handful of rather idle youngsters, who wanted to liven up their village life. They initially chose to promote history and cultural heritage but very soon turned to an equally serious topic : humour and satire…
Year after year, numerous local people and renowned cartoonists got involved… MOFREY, GONDOT, LOUP , CABU, WOLINSKI, PLANTU, WIAZ were among the first-timers, with many others.
Very soon cartoonists from all over the world joined in and headed towards St Just… 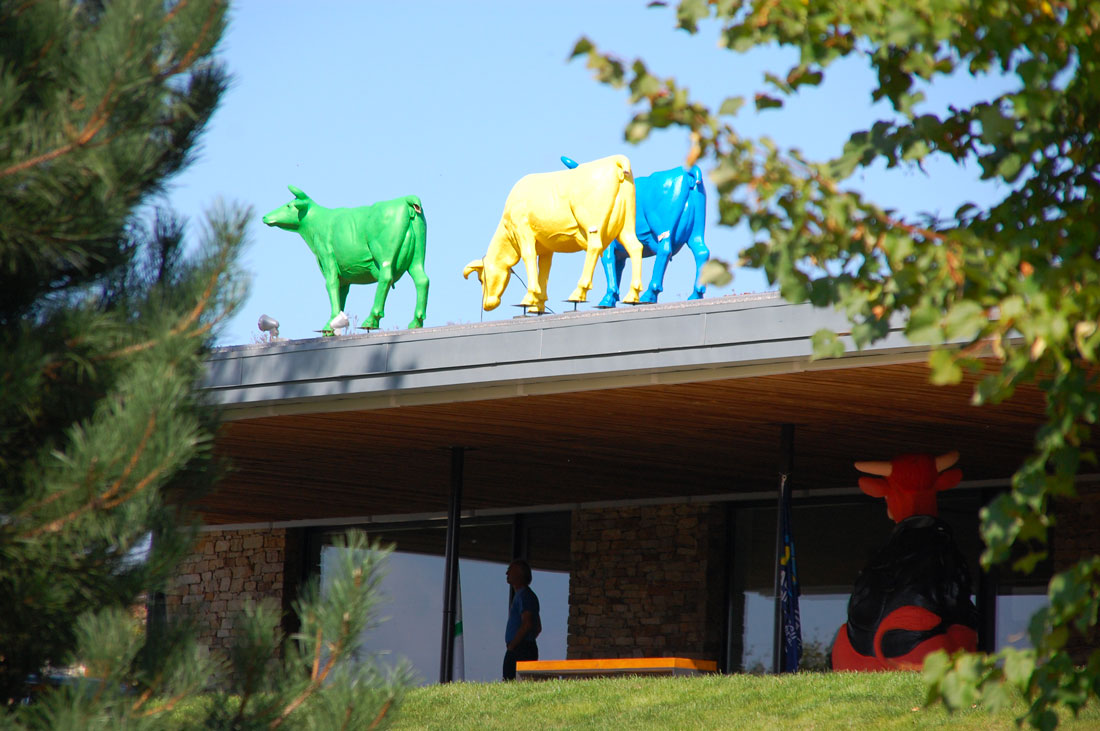 A matter of trust !

The local and regional authorities, and the Minister of Culture, were eager to bring their support.

It is the most important event in Europe (and most likely in the world) dedicated to caricature, press and humour cartoons…. Exhibitions for all audiences, meetings, conferences… cultural activities.

Based in St Just le Martel, in Limousin (Haute Vienne), 12 kms away from Limoges, half-way or so between Paris and Toulouse, Bordeaux and Lyon.

Saint-Just  also takes part in similar events all over the world : in Europe, but also in China , in Korea, in Turkey, in Brazil, in the United States … And the Salon is proud to have been an early partner in the creation of Cartooning for Peace by PLANTU …

Only 2700 inhabitants and yet … the UNDISPUTED CAPITAL OF CARICATURE, PRESS AND HUMOUR CARTOONS…

Who could have  imagined  what happened to this little village ?  Away from the major tourist routes, from the great summer destinations, Saint-Just-Le-Martel is a particulaly  creative and unique  village. Here in autumn, you hear people speak English and Russian, Chinese, Turkish, Spanish and Corean. They  draw, smile and laugh in all languages, dream of remaking the world with caricature, humour and editorial cartoons. Each year, «  les drôles de mines » , cartoonists from all over the world , rush to Saint- Just-Le-Martel, in the heart of the Limousin region, a few kilometres from Limoges.   Welcomed by a friendly population, and thousands of visitors, they celebrate graphic  humour, either  gentle or caustic, with talent, lucidity, and impertinence all at once.   On September 30, 2011, they inaugurated quite an exceptional facility, the Centre International permanent de la caricature , du dessin de presse et d’humour …. Surprisingly, this unique place  in Europe, was not built in Paris but in a small village of Limousin with 2700 inhabitants. On september 26, this year they will open the 39th edition of the annual Salon : a rich collection of contemporary drawings and retrospectives, collective exhibitions and unique discoveries. Nearly 200 cartoonists from all over the world, either established or on the way to success, will gather, share their experiences  and draw for an ever larger and loyal audience.